Riders in the Sky

What began as a celebration of classic Western music and an evening of hilarity has become a career, and that career has become a legend, which 40 years on, shows no signs of slowing down.

Riders in the Sky had been recording and touring for about a decade when Pixar called and asked the quartet to sing a tune called "Woody’s Roundup" in the movie "Toy Story 2." That song prompted another wave of the group's career, highlighted by a number of Disney projects, including two Grammy-winning albums. 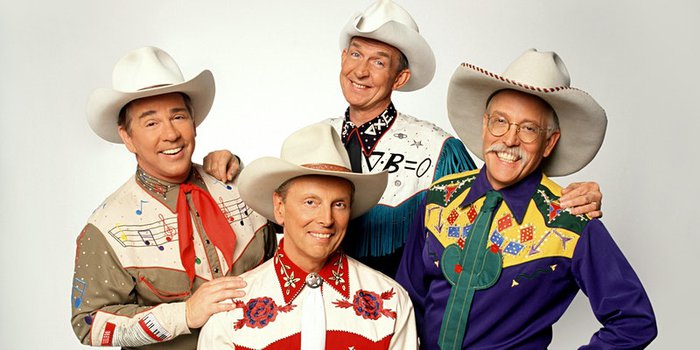