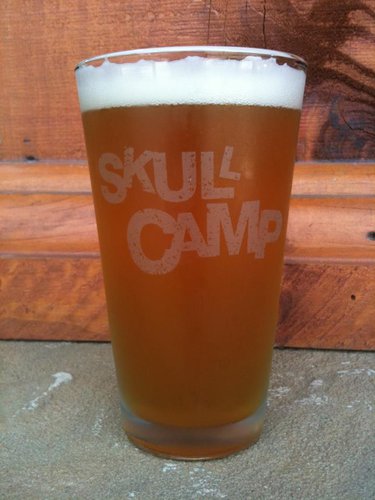 Throughout North Carolina, the craft beer industry is growing by leaps and bounds. Elkin is new to the craft-brew scene with the opening of Skull Camp Brewing at 2000 N. Bridge St. in Elkin. Skull Camp is a small-batch microbrewery specializing in innovative brewing and fermentation techniques.

Skull Camp Brewing traces its origins to—Round Peak Vineyards—which launched its craft-brewing operation in 2012 in northwest Surry County where the owners began selling its beer on tap at the winery's tasting room ranging from pale ales to dark varieties. The Skull Camp name comes from Skull Camp Mountain which sits past Round Peak's 13-acre vineyard.

In June 2014, Skull Camp Brewing opened in Elkin in an effort to increase its output and offer more craft beer at various venues in the area. Tastings are available on Fridays and Saturdays, from noon until 6 p.m. and growlers and kegs are available. The owners also have plans to open a restaurant alongside the brewery in the former Basin Creek property.