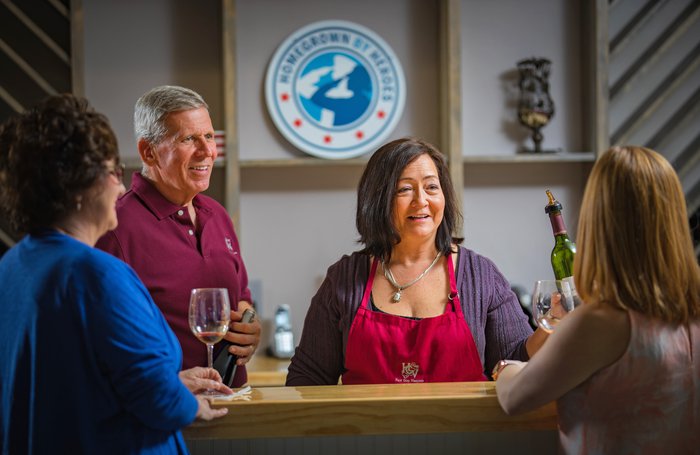 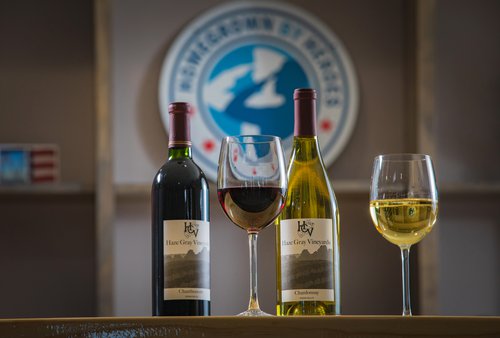 Haze Gray Vineyards, which draws its name from the color of U.S. naval ships, opened its winery & tasting room on Dec. 19. Owners Deane and Becky Muhlenberg have long-standing military ties, including Deane’s three-decade career as a Navy flight officer.

The Muhlenbergs relocated to Surry County three years ago from Pennsylvania after finding an 85-acre former corn and tobacco farm just outside the Yadkin Valley town of Dobson. The property features a nine-acre vineyard, a meticulously planned winery and a cozy tasting room with mountain views.

The vineyard is a certified Homegrown by Heroes farm, signifying agricultural products produced by U.S. military veterans. In addition to Deane’s 30 years in the Navy, Becky grew up in an Army family, and their son serves in the U.S. Air Force.

The tasting room’s wall of honor showcases photos of eight generations of Muhlenberg family members in uniform, and veterans can submit photos of themselves in uniform for the wall. 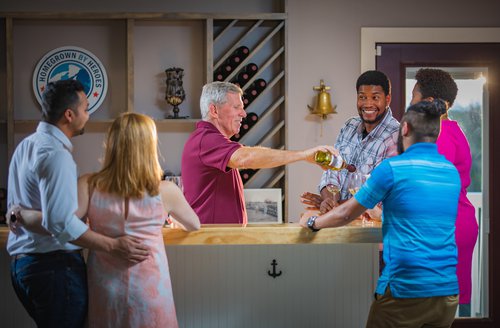 “We want the tasting room to be a gathering place where people share stories,” Becky says. “In the world today, people need to stop and get to know each other.”

Haze Gray is under way with five wines available and more to come. There are three reds, merlot, chambourcin and a blend, along with two whites, chardonnay and traminette.

Deane, winemaker and vineyard manager, had long dreamed of running a farm or vineyard following his military career and has already taken advantage of classes available in viticulture and enology at Surry Community College in Dobson.

“Growing up in the military, your family doesn’t make a fortune, so we always had a garden,” says Becky, recently retired from an IT career. “We liked the idea of doing something with our hands, of having to care for the grapes and the wines.”

“One of the most interesting things about the wineries in Surry County is that each one has its own personality,” says Chris Knopf, Surry County manager. “Visitors get to have a different experience at each winery and vineyard.”

The tasting room have a conference available for larger groups and Yadkin Valley corporate retreats. A rental cabin overlooking the vineyard sleeps four.