How Many Wineries are in Yadkin Valley, NC?

For years, visitors to Surry County here in the heart of the Yadkin Valley often asked: How many wineries are in Yadkin Valley? And for years, we were never quite sure of the answer.

Fortunately, that answer is now available. There are 45 wineries in North Carolina’s Yadkin Valley, as you can see in the accompanying Google Map. That number includes all 19 wineries along the Surry County Wine Trail.

This data is available because of a joint effort between several key entities in the NC wine industry. Leaders from the NC Wine & Grape Council, Visit NC, Surry County, Wilkes County and Yadkin County combined forces to put together an accurate count.

Most people assumed this would be easy. However, the Yadkin Valley AVA (American Viticultural Area) covers a large swath of land across portions of seven counties, and no single entity was ever charged with keeping a count. It took this group effort to finally yield a definitive total.

For this definition, a winery is a facility that has a tasting room open to the public, along with at least one of these two components: on-site wine production and/or on-site vineyards. Of course, it also has to reside within the official AVA boundary.

There were only a handful of wineries in the valley in 2003, and making dry and off-dry wines from European vinifera and French-American hybrid grapes was fairly new to North Carolina. Since 2003, a lot has changed. Thanks to hard work by the pioneering wineries, and support from the state-of-the-art Shelton-Badgett NC Center for Viticulture and Enology at Surry Community College, vineyard managers have learned which grapes grow well in these foothills of the Blue Ridge Mountains, and which grapes can tolerate the climate.

Yadkin Valley’s elevations (1,100-1,600 feet above sea level) and latitude are quite similar to Napa Valley, creating a nice climate for grape production.

In addition to its climate, Yadkin Valley’s location along the North Carolina-Virginia border is another plus. It is roughly halfway between New York and Miami, and within a day’s drive of more than half the population of the United States. 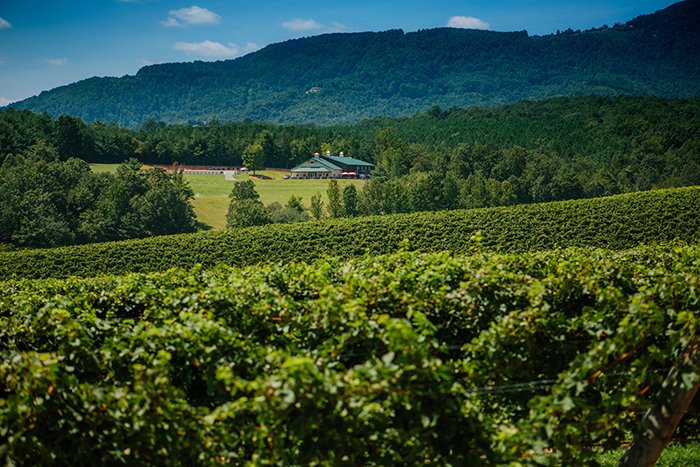